Home
>
Faith
>
What the New Testament Is and What It Means 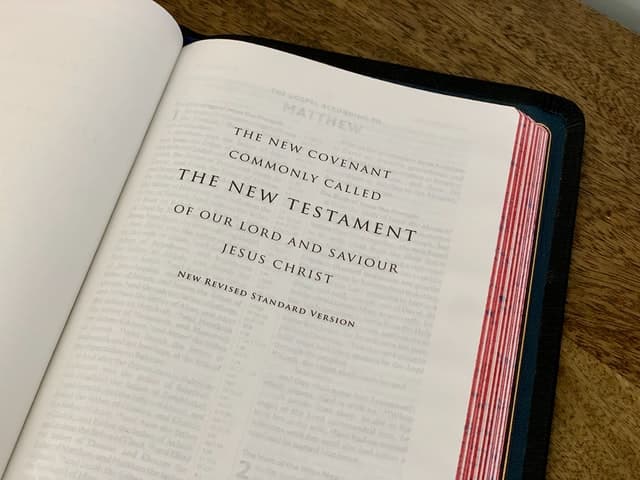 The New Testament (NT) is the second part of the Christian Bible, a collection of 27 books that tells the story of Jesus and includes letters from the apostles and other early Christians.

The New Testament was written after Jesus’ death by his followers 2,000 years ago. It includes four accounts of His life — called the Gospels — as well as letters from early Christians describing their beliefs about Jesus’ life on Earth and how they should follow Him after His death.

The New Testament is a collection of 27 books that were written by the apostles after Jesus Christ’s death and resurrection. These books tell us what happened during Jesus’ life and how Christianity spread across the world.

We divide the New Testament into the Gospels and the Epistles:

The Gospels are the first four books of the New Testament, and they tell the story of Jesus. They explain why He came to save us from our sins and how He did it. The Gospels also tell us that Jesus promised to send another Person—the Holy Spirit—who would teach us all things (John 14:26).

The Epistles are the letters that were written by Paul and other apostles after Jesus’ death. These letters help us understand what Christianity really means for our lives today.

The last book is called Revelation, also known as The Apocalypse. This book describes visions received by John while he was exiled on an island in exile for his faith in Christ.

What is the difference between the Old and New Testaments?

The Old Testament and the New Testament are two parts of the Bible that tell the story of God’s love for humanity.

God’s people wrote about their experiences with Him, as well as their understanding of His teachings and miracles, to help others understand how God works in our lives today. But what is the difference?

Who wrote the New Testament?

Men who were inspired by God wrote the New Testament, but they were not infallible. They had their own opinions, biases, and personalities, just like we do today. We don’t expect them to be perfect, but we do expect them to be honest and accurate.

So, the writers of the New Testament were eyewitnesses who were ordained by Jesus Himself as apostles. The writers were His disciples and companions (Luke 1:1-4).

The identity of these people is further confirmed by the Dead Sea Scrolls and ancient historical accounts. The New Testament writers were not anonymous; they put their names to their words. Many of them died for their faith or suffered from their tormentors. We have no reason to doubt who wrote them.

Most scholars agree the Gospels were all written by eyewitnesses or those who had spoken with eyewitnesses to Jesus’ ministry. The four Gospels are Matthew, Mark, Luke, and John:
The letters of the New Testament were written by the following people: 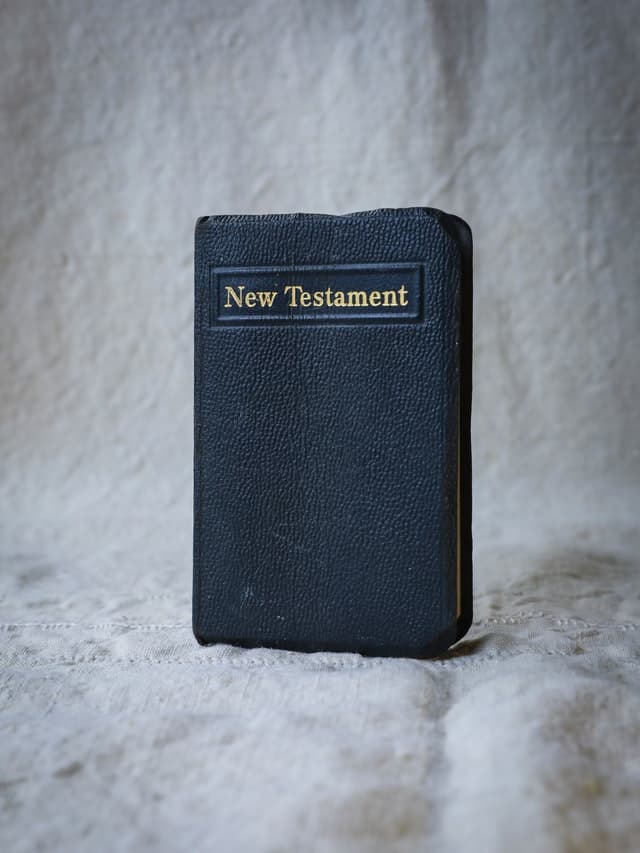 In what language is the New Testament written?

The New Testament is written in Koine Greek. This was the language of the first-century Mediterranean world.

It was called Koine because it was the common language spoken by all people throughout the Hellenic (Greek) world, from Greece itself to Egypt, Palestine, and Syria. The word “Koine” literally means “common” and reflects the fact that Koine Greek was a dialect of ancient Greek that had become widespread throughout the Mediterranean world.

The New Testament was also written in Aramaic, which was a common language of the day. Aramaic is closely related to Hebrew, so there are many similarities between the two languages.

The New Testament records several instances where Jesus spoke Aramaic, the language of Palestine (Matthew 27:46). Some Hebrew was also spoken by some Jews in Judea and Galilee during this period.

Besides Greek and Hebrew, Latin was also used by early Christians. Many early Christian writers wrote in Latin because it was more widely understood than Greek or Hebrew. Early church theologians, such as Augustine of Hippo (354–430 CE) wrote extensively on theology in Latin.

What is the primary message of the New Testament?

The message of the New Testament is that Jesus Christ is the Lord and Savior and that we can be forgiven of our sins through faith in Him. It shows us how to put our faith into action so that we can live a life that pleases God.

The principal message of the New Testament is this:

The Gospels are books that tell the story of Jesus’ life and ministry. They are Matthew, Mark, Luke, and John.

The Acts of the Apostles tell us about the former church after Jesus’ death and resurrection. Luke, who was also a companion of Paul, wrote it.

The letters of Paul and other Apostles were written to different churches and individuals in the mid-first century AD. They include Romans, I Corinthians, II Corinthians, Galatians, Ephesians, Philippians, Colossians, etc.

Revelation is the ultimate book of the New Testament, and the only apocalyptic (i.e., “revealing”) book in the Bible. It is a book of prophecy that describes future events leading up to and following the return of Jesus Christ.

What is a good order to read the New Testament?

There are many ways to read through the New Testament, or any other book for that matter. It’s a matter of preference and what will work best for you given your time constraints and goals. As a general rule, I think it is good to start with Mark.

But if you are looking for a specific order that offers more profound insight, then I would suggest putting Paul’s epistles first, followed by those of Peter and James. This way, you can see how Jesus affected Paul and his teachings before moving on to the teachings of the apostles who personally knew Jesus.

The Bible is not a novel, it’s a collection of books written by different authors over many years. As such, there’s no one “right order” to read them in.

The New Testament is the second of two great divisions in the Bible. It contains a history of the Christian church from the ascension of Christ to 130 A.D. and a collection of sacred writings consisting of twenty-seven books.

The first four books are narratives, telling stories about the life and teachings of Christ and the Christian church during this period. These are followed by wisdom, apocalyptic, and epistolary books.

I believe we are living in the last days, when Jesus said that the gospel would be preached to all nations before the end.

I think Jesus had to mean the New Testament because we know that the gospel was not preached to all nations at that time. The apostle Paul said in Romans 15:21,